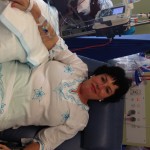 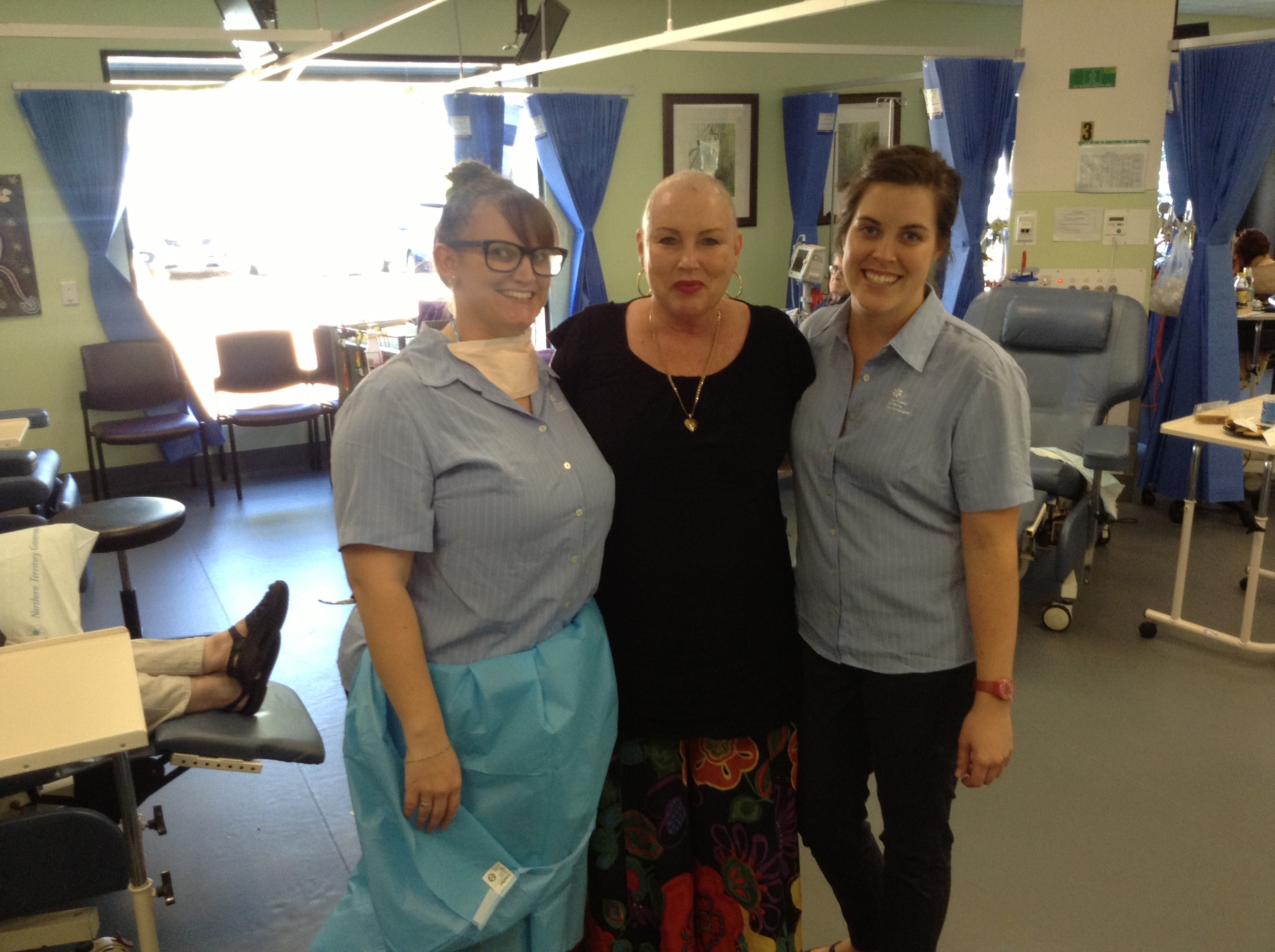 CANCER FREE!  That is what the oncologist said last week.

It took a few days for me to absorb it and be able to say to people, I am Cancer Free. I think because the roller coaster of diagnosis and treatment is filled with a series of series of highs and lows.
The initial shock of being told you have cancer comes with the full gamut of emotions, doubts and feeling scared. The final stage of being told you are cancer free comes with elation and relief and still some niggling doubts.

There is the elation and trepidation of going to surgery and having the lump removed. Feeling the pain and being too scared to look at the wound.  Then the Surgeon says, surgery was successful, BUT, we will just have to go back in a remove a little extra margin to remove some precancerous cells. Your spirits plummet again and you know you have to go through the pain again. You look for the positives – not a full mastectomy.  Only 2 lymph glands removed.

The healing is bounding ahead and breast recovering well when the pathology results come back from the Second Surgery.  There are still precancerous cells in the margin taken, so we will have to take a little more.  Can you comeback for surgery again next week.  I say maybe it is best to have a Mastectomy now.  The Surgeon says – ‘I am confident that taking this last few millimetres will give a clearance – The few precancerous cells in the margin are  ones that will only show up under a microscope and will develop into cancer in 7-10 years time.’ Again all the doubts surface and I wonder if I am being too vain in trying to save my breast. Maybe I should have a mastectomy now.  So I go in for a third operation in five weeks, bruised and battered and feeling very fragile. Finally the margins are clear, however I was discharged too early and ended up in emergency in the early hours of the morning for a massive internal bleed and haematoma, which meant going back back to surgery for a drain to be inserted.  By this time I was really wishing I had just had the Mastectomy, but the surgeon was confident and despite massive swelling and black and blue bruising that spread from  the front of my chest, under my arm and half way across my back…it was finally all over and the original 3.3cm lump + 2-3 cm clearance resulted in the cancer being completely removed. Another high when the Surgeon says that both lymph glands have returned as cancer clear.

Then the referral to the Oncologist and another low.  I had hoped that I would escape Chemotherapy and just have to undergo Radiotherapy.  The Oncologist advised that the tumour was a Grade 3 aggressive (I had a Mammogram clearance 18 months prior) and that is was advisable that I undergo 4 doses of Chemotherapy on  21 day cycles.

There is no doubt in the first days that I thought about whether I would die or not, and whether I wanted to be cremated or buried, what coffin and what music I wanted played at my funeral. I have discussed this with my family before and am adamant that I do not want a religious send off as I am an Atheist, and I wish to be an organ donor and/or allow my body be used for science, if there is anything worth using. However, in the end I will leave to my family to worry about the frills if that is what they want. Death doesn’t frighten me. I believe that death is about the living and not the dead.

The Chemo is another low.  I am scared of the side affects, of being sick and relying on others to look after me.  This followed by another high when I scrape through the first week surviving all the horror stories, and other than being unable to get out of bed for about 4 days, I don’t feel too bad and certainly don’t have any vomiting or diarrhoea.  Just weakness, a horrible metallic taste with food, a sore mouth and narrowly avoiding severe constipation.  I go to work at my new job and prepare for the opening of the new Museum Building that has been 5 years in the pipeline. Two weeks to the day by hair starts falling out in reams.  After a few days of waking up with hair all over my pillow, in my eyes, up my nose and the cat starts coughing, I go to my hairdresser and ask her to give me a No 2 shave.  I had done Shave for a Cure the year before so was not too fazed about the bald look.  In fact it is quite liberating.

In between chemo are the blood tests, CT scans and bone density scan that will determine the type of hormonal drug that I will be prescribed to take for 5 years after treatment. After each chemo treatment  I am given an injection to take home and inject 24 hours after treatment –  NEULASTA – White blood cell booster -Cost to National Health system $6,000 each! I am not a self injecting type so take it to the nurses at the Community Health Centre to inject into my stomach.  I think this is what makes my bones feel like lead.
The constant packing and travel, 650 kms round trip to Darwin can be wearing and tiring, but I am thankful that we have a wonderful facility like the Alan Walker Cancer Care Centre – especially with such a small population, (220,000 people) and a Territory bigger than most European Countries.

Each dose of chemo has its highs and lows but by half way through the cycle I feel good and am able to carry out my day to day activities. Long lunches with friends and volunteering and helping out at the Museum and the Fringe Festival.  I attend a wedding, a funeral, a Caaret and a some local art show openings – the highlight travelling to Darwin for the opening of ‘Wide Angle’ a photography exhibition at the Darwin Contemporary Arts Space that features 6 of my photos along with 5 other NT Photographers.

Following my second chemo and the opening of the new Museum building I decide it would be best for me to resign from my job as there is too much to do and they need a person there everyday, not one who is going to be sick one week out of every three.  It was a relief and allows me to take the time to get through the treatment and recover without worrying about letting people down in my work.

My final chemo and meeting with Oncologist Meena Okera on the 26 June is again with mixed emotions. Meena is one of the two Oncologists leaving the NT that week. This will leave the top end cancer service in a crisis with only one resident oncologist.
It is a high as I come to the end of my treatment and Meena advises that I have the bone density of a 30 year old – and I will be prescribed FEMARA to take daily for the next 5 years. The bone density I am sure reflects my life of growing up on a cattle station, working hard, riding horses until my early 40’s. I am now 57 and over the past years have spasmodically tried to keep up a level of fitness by going to the gym, boot camp, bike riding and walking. Bad news- I drink too much and need to cut that right back as Alcohol has a direct connection with the cause of breast and other cancers!  These are the things I have the choice to take control of!  Consequently have signed up for DRY JULY and all proceeds from funds raised in the NT go to the Alan Walker Cancer Care Centre.

So it was with mixed emotions that I walked out of my last chemo, leaving people that are just starting out, or have been, and will be battling cancer for years. The nursing staff are caring, kind and compassionate and ask me to the obligatory hand print on the canvas on the wall as a sign of victory Cancer plays with your mind, body and soul and changes everything forever, however, I am so lucky to have been diagnosed and treated so quickly. I did find the lump in my breast 18 months after a mammogram so is important for people to listen to their body and not let symptoms go.
Today is day 7 after my final chemo and other than the horrible metallic taste I feel pretty good.
I still have 6 weeks of radiotherapy starting 29 July but that should  be a walk in the park. This will entail residing in Darwin for that time and coming home on the weekends. Thankfully again my accommodation will be funded by the NT Government and I will stay at the Barbara James House for remote Cancer, and I can handle 6 weeks in Darwin over Races and Darwin Festival time.
I am thankful that I live in Australia, a country that has a national Medicare system and a Pharmaceutical Benefit Fund where people can receive life saving drugs and treatments free of charge.