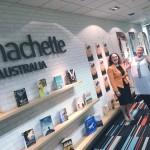 Jessie Cammack writes Hachette Book of the Month. A child of the land. A woman of strength. Imagine the biggest canvas any artist ever worked on – this is how A Sunburnt Childhood: Growing up in the Territory made me feel. I was drawn into Toni Tapp Coutts’ life story and hardly put it aside until I was finished. I laughed, I cried, it was a rollercoaster of emotion.

Toni recounts the story of a how a man called Bill Tapp came into her life when she was a five-year-old girl living in Katherine with her mother, grandmother, sister and brother. Her mother entered a relationship with Bill which led the family on a wild and wonderful adventure back when the Northern Territory was a frontier pioneered by the likes of the Tapp family.

Bill met Toni’s mother June when he was thirty-one and had never been in a relationship. He knew instantly that she was the one for him, and quickly convinced her to move to his property “Killarney”, 300 km outside Katherine. When the family arrived at the property, they discovered that conditions were rough, Bill had a campsite set up at a bore that supplied water to the cattle. There was no house, few trees in sight, and certainly no luxuries like a toilet or running water. People slept in swags under a shelter of boughs arranged to form a roof. Their diet consisted of flour, sugar, tea and a regular kill of beef, supplemented by any wildlife or native food that was available. The one shed on the property was used to store their food because it was a long time between trips to town, and more important to keep the food safe than it was to worry about creature comforts. 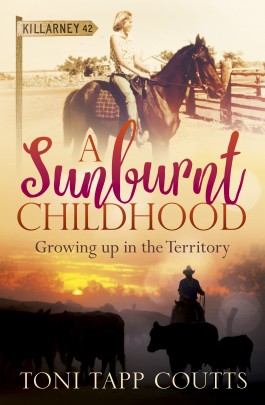 There was a contingent of Aboriginal people who lived and worked on the property, as well as white fellas who were often working between drinking binges. Toni grew up with Aboriginal second mothers, who took her out bush with their own children and taught them how to hunt, gather food and understand Aboriginal traditions. When she was older, she joined in the work done on the property, taking part in the mustering under the watchful eye of the head stockman. Her mother June went on to have another seven children to Bill, so there was always a gaggle of children to supervise and feed.

Eventually, Bill and June managed to construct their homestead and went on to erect the outbuildings needed to go with it, such as a school building, accommodation for single workers and some married quarters for the couples who worked on the property. It was a struggle for June to fit schooling into the agenda, and a teacher was brought in to supervise an educational program for the children of the family and the workers. The day came, though, when Toni was sent off to boarding school and had to adapt to a totally different life to the one she had known. She spent her time counting down to when she could go back to Killarney for holidays, and managed to convince her parents to let her leave school early, and return home to work.

As she entered her adult life, Toni recognised that Bill had become an alcoholic, and her parents’ marriage was in ruins. She considers herself the lucky one, being the eldest, who had the opportunity to know Bill when he was at his best. Bill was always a perfectionist and found it difficult to accept the challenges that were inherent in their lifestyle. A cattle cull required by the Government to control tuberculosis meant that they lost a lot of stock, and it was carried out in an inhumane manner which Bill found difficult to consent to. The stock and station agents Elders lent Bill a lot of money when times were tough, and the family had to endure a court case to try to retain the property, and eventually entered an agreement that allowed some of the boys to remain property owners at other locations. Their beautiful home was gone, but not before Bill died and was buried there in 1992.

Toni went on to marry and have children and is currently working for the Victoria Daly Regional Council and is a member of the Katherine Town Council. The council covers an area of 150,000 square kilometres, and includes the property of her childhood. She says that Killarney shaped who she is, and she will always have a spiritual connection to the land and is thankful for the life experiences that it provided for her.

To say that I loved this book is an understatement.  It is a wonderful account of Australian pioneering spirit tempered by the recounting human failings, and this is its true strength.

A Sunburnt Childhood: Growing up in the Territory (published by Hachette Australia) is available now from Dymocks.