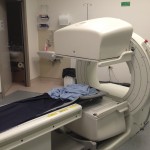 Drove the 320 kms to Darwin on Sunday 11th March for appointment with Surgeon David Read on Monday morning.

I was now speeding to the top of the rollercoaster! Higher and higher into the clouds. I kept thinking to myself – Is this really happening to me. Can I hop off now? I was not looking forward to the descent!

On Monday a meeting with the Surgeon to discuss the operation and process – The Core Biopsy results were lost in the boondocks of the hospital, so I never got the results of that. The Doc said he would ring if there was anything sinister in them so assume there wasn’t!

While I walked around in a daze, Shaun took in all the practical information- times for appointments and where to go!

TUESDAY MORNING – 13 MARCH 2013
I had barely slept the night before. I kept the bedroom curtains open in the Apartment on the 8th Floor. It was a beautiful humid night and I watched the light show as storms and lightening danced above the city lights.
The Giant from Jack and The Beanstalk rumbled, ‘Fi Fo Fum – I smell the blood of an English WO-MAN!’

Up at 6 am to have the last supper/breakfast of cereal and yoghurt before checking at the Darwin Private Hospital (DPH).
They then directed me to the Royal Darwin Hospital (RDH) next door for more xrays and dyes for surgery that afternoon.

On arrival and completing yet another check-in, I was directed to follow the ‘black line’ to the Nuclear Medicine Department behind two heavy swing doors. I have not been to the Royal Darwin for a number of years and it struck me as being quite shabby around the edges.

I waited on a vynal covered cold metal chair, upright against a prison grey wall. The radioligist was grumpy and abrupt. I could see the large MRI machines through the doors as the other ladies went in and out – all in about 15 mintues each.
I wanted to say t him, ‘We didnt choose to be here – you’re paid to do this job. At least smile and get on with it you bastard!’

Finally my name was called and I was asked to put on the scratchy charcoal disposalable gown, open at the front, and to lie on the sliding table. By this time, the grumpy man was working on some poor lady in the room next door and thankfully a lovely young female radioligist and a doctor had arrived and told me what would be happening.

Four injections of radioactive dyes would be injected around the tumour and then photographed to assist the surgeon with finding the exact path of the tumour. The injections HURT!

After about half an hour at the push of a remote control button my bed slid into a small tunnel of camera’s …………bzzzzz… bzzzzz – I felt like I was in a Dr Who Movie…The Tardis moved up, down and around, beeping and settling into the exact position. Stay still for 2 mintues as each image was taken from different a angle.
After a few attempts the dye had not moved far enough into the lymph nodes so I was asked to stand, wave my arms and walk around for a few minutes to get the dyes moving.

When this proved unsuccesful the radiolisgist said she would have to insert another needle, under the areola/nipple.

SHIT THAT HURT! Brought tears to my eyes.

But, at last it had worked and after almost two hours of laying in the cold grey room, with machines buzzing and zapping and boxes of junk piled high in the corners, I put on my bra for the last time, and followed the black line out of the Public Hospital to reurn to DPH and prepare for surgery.

I havent worked out how to put the photos where I want them in the Blog so at this stage they all end up at the very top!