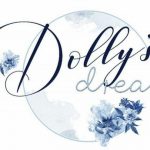 The death by suicide of little Amy ‘Dolly’ Everett caught the attention of Australia and the rest of the world in January 2018. A week after Dolly’s death,  old Territory friends George and Sharon Suttons grandson / Georgina Sutton’s 19 year old son suicided in Queensland.  These are my ponderings and thoughts. For more information about Dolly  click here 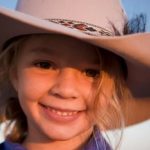 I casually know Dolly’s family who live just a few hundred kilometres from the cattle station that I grew up on and was privileged to attend the beautiful dignified funeral service in Katherine NT.

Dolly’s tragic death got us talking about bullying and the pressure’s our children seem to be under to perform, to be trendy, to have the latest and greatest, tech toys, Xboxes, games, drones, clothes, phones, skate boards etc etc etc! and the cyberworld of communication/bullying when a rat pack of kids decide to take down a beautiful child for reasons none of us will know.

Obviously we as a society are doing something wrong – however, from the little I know of Dolly’s parents – every kid would want parent’s like them – so where is it all going wrong as a society?

I grew up in the same lifestyle as Dolly, albeit in the 1960s and 1970s, the eldest of ten children running wild on my parents 2,000 sq. klm cattle station with no television, phones, no sporting facilities, no holidays to the beach and for the first years no electricity or running water. Our station family extended to being under the care of a cast of characters that included the Aboriginal stockmen and their families, crazy cooks, mechanics, truck drivers – most of them alcoholics, including my father. The only female influence I had was my chain smoking dynamic mother and my Aboriginal mother and aunties, and my best friend was an Aboriginal girl a couple of years older than me. These people instilled in me compassion and respect. Respect for everyone who worked and contributed on the station. Respect for the land and the country, for the spirits and the environment. If you didn’t abide by these rules there were consequences. For me the threats seemed to be enough, whether it be that the dingo spirit would carry us off into the hills or the threat of the stock whip, because I didn’t get carried off by the dingo or get  too many beltings.

At the age of 14 , the same age as Dolly was when she took her life, I was ungraciously thrown out of the nest and sent to boarding school, thousands of kilometres away in Queensland. I had never seen television, sat at a dining table, had barely ever worn shoes and had to an ironed white shirt with tie, a serge blazer, tights and a panama hat! They may as well have sent me to Mars – but after the first term of being incredibly sad and crying myself to sleep every night, feeling stupid and lonely, and, convinced that I was adopted and that is why they had sent me away, I soon learnt the ways of survival in boarding school and embraced all the things I had never had access to, loving dance and drama, wearing make-up and groovy seventies clothes. Dolly also went to the same boarding school that I attended.

I also enjoyed getting into mischief and spent plenty of time in detention and not allowed out for long weekends, and in my four years there I the learned social etiquette and good manners and finer things in life, like what knife and fork to use! I also learned to be strong and brave, to stand up for myself, but also to have empathy and compassion as I lived with 100 girls of all ages, with very different lives, aspirations and expectations than me, from many parts of Australia and PNG, some of them only able to go home on holidays once a year.

As the eldest of ten I could certainly stand up for myself but I was also used to caring for my younger siblings. Respect for our elders was paramount on the cattle station and we had to earn our way through the stages of life according to our age and this extended into boarding school where you treated your teachers with respect, earned your place in sports team, the school musical and aspiring to be class captain and prefects in Year 12. There was no ‘everyone gets a prize’ as there is now.

As a teenager I had plenty of confrontations and was teased and teased back, but I never considered it bullying – though I know this was not the case at the brother college where my younger brothers were treated badly, but being bush kids they could stand up for themselves. Others were less fortunate and I have learnt over the years that a couple of my old school mates who were victims of sexual abuse and bullying have suicided.

I am not advocating for a return to the good old days when anyone who was struggling with the ‘black dog’ was told to harden up and sort themselves out! However, I am wondering how, in an age where anti bullying, self-defence, positive parenting, self-help and self-esteem workshops being taught in schools and work places, that are supposedly arming people with better resilience to these social maladies, and yet people seem to be more fragile and less resilient than ever? How is that we let a 14 year old who has an amazing loving family, slip through the system so that she feels so helpless that she has to take her life. On top this is an even higher incidence of youth suicide in Aboriginal communities, with the recent reporting of a child aged ten taking their life in WA in 2017!

As a parent and grandmother I feel quite helpless to understand and be able to help in some minor way. I recently did a Suicide Prevention workshop and was overwhelmed by the responsibility that one must take to make an intervention, to recognise the symptoms and to ask the right questions. It is very complicated and people’s lives hang in the balance – I am not sure I know how to do that other than always be positive, to say nice things to kids that make them feel valued and relevant.

Somehow we are not teaching youth to deal with disappointment, rejection, sadness, guilt and bad behaviour. I don’t know what the answer is, but the key for me is that we as adults must set strong social guidelines and stick to them, to practice what we preach, and that means being aware of the behaviour and language we use around our children, our treatment of others and our own language and behaviour on social media, backed up by safe schools and workplaces.

Dolly’s Dream is to start talking about suicide as a nation and taking responsibly to stop this epidemic of bullying and suicide. Let us not waste another day or lose another life and #doitfordolly and #speakevenwhenyourvoiceshakes