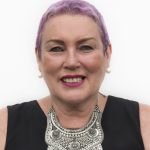 When my publisher Sophie Hamley from Hachette Australia rang to say that they would like to offer me a contract to write a second book in May 2016,  to deliver of a manuscript of 75 000+ words by 1 December. I doubted that I could  do it – it took me 14 years to write A Sunburnt Childhood.’  Then I thought – bugger it!  Just go for it.  Not many sixty year olds get this opportunity.  So I resigned from my job in July and went hell for leather for a first draft for My Outback Life – which I did by mid October – it then went back to the editor and back to me and I delivered a rough but not too bad a manuscript. A series of questions and final edit in January and finally – you have to wave good bye to your baby on its first day to school with lots of trepidation and a lump in your throat!

The second book is harder – well it was for me because A Sunburnt Childhood became a bestseller and got rave reviews including being named the best biography in 2017, by Country Style Magazine and the bestselling Memoir for Hachette Australia. The doubts and questions bombarded my head –  Is this a good story? Will people like it? Am I going to upset anyone this time? (I did in My Sunburnt Childhood) Will it sell enough?

Well there is not point worrying now is there?

All I  can say is, I hope you love it and please let me know what you think!

Toni Tapp Coutts, the eldest of ten children, grew up on the Tapp Family cattle station in the Katherine region. She has been a member of Katherine Region of Writers (KROW) for over 20 years and has been a board member of the Northern Territory Writers Centre. Toni has been published in Meanjin, NT Literary Awards, NT Children’s Anthology and has had her works performed on ABC Radio and Radio National. She has contributed to seven KROW anthologies. In 2010, Toni self-published the biography Bill Tapp Cattle King and was awarded a Varuna residency in 2009 to work on her memoir ‘A Sunburnt Childhood’ published by Hachette in 2016.

Toni is married with three children and three grandchildren, and lives in Katherine NT. She and her husband Shaun worked on cattle stations through the eighties and nineties before moving to live in Katherine (population 10,000) in 1995 where she owned a small dress boutique.

Toni, an Alderman on the Katherine Town Council, has served on a wide variety of local boards and committees. She is a member of the Katherine Museum and Katherine Community Markets, and has organised and participated in many local festivals and events including the Katherine Flying Fox Festival, the Fringe Festival and Barunga Festival, one of the largest Indigenous festivals in the NT.

Toni’s biggest challenge was overcoming breast cancer and a major spinal infection in 2013-2014. During this time she formed a lobby group to establish a Chemotherapy unit and a Cancer Support office in Katherine (320kms south of Darwin).

Filled with the warmth and humour readers will remember from A SUNBURNT CHILDHOOD, this next chapter in the life of Toni Tapp Coutts is both an adventure and a heartwarming memoir, and will introduce readers to a part of Australia few have experienced...

The land where I grew up is vast and flat. When I first came to Killarney Station, there was barely a tree to be seen, and that sparse vista stretched all the way to the horizon, 2819 square kilometres, about as untamed as you’d imagine...

“The Cattle King is dead.”

These were the headlines splashed across Northern Territory newspapers on the 23rd May 1992 announcing the death of legendary cattleman Bill Tapp...